The sweet dream to your nightmare...!

What happened to the unlucky people who fell into comas they couldn't wake up from...? A rare phenomenon that has puzzled doctors to this day. Many say it was only their poor health or genetics, but the victims claim to have seen an enigmatic spaceman who nullified the source of their coma—an age old evil he has battled time and time again...

It sounds like the stuff of dreams. Because it is.

For more on CSE,
check out its Wiki page!

Gamepad(s) are strongly recommended to play.
Xbox 360/Xbox One, DS4 or Nintendo Switch Pro controller should work fine. Others with the same number of button inputs as those game-pads should work too (results may vary.)

Controller type can be switched from the title screen's options menu.

Loving this game so far. Great soundtracks, graphics are unique and good. Gameplay is solid!

I really dig the trippy dream-verse theme of this game, all the surrealist imagery is very cool, and the retro inspired backdrops are right up my alley. Generally, as an artistic choice, I do prefer a consistency in pixel density, so the fact that some of the objects are higher resolution than others is a little distracting, but other than that, the visuals are great.

I also really liked the weapons system. Using the various different directions for the subweapons is really unique, and not something I've seen in other shoot-em-ups, which usually rely on switching. Being able to switch to the needed weapon on the fly, just by pushing in a different direction with the right stick (I used a gamepad) made the combat and switching weapons much more intuitive. The mechanics and the combat in general are very good, everything feels tight and responsive, and the visual cues and sound effects are good at conveying when you're dealing damage, or when an enemy is shielded.

I've never been particularly good at shoot-em-up games, so for me, having a checkpoint after the sub-bosses would be of great help. Even on Daydream difficulty I found the game to be quite challenging, but it's a lot of fun! I definitely want to keep trying just to see what other kinds of cool levels there will be. I'm glad that this isn't a bullet hell game.

I've played a fair amount of this now, dying and retrying to feel that I've got a fairly good grip of it.

The pixel style is interesting and definitely unique. Most things looks nice however, there a few issues with larger pixel sizes for some objects which throw it off for me a little personally. Not as much as I thought however due to the dream like aesthetic. This is something that can be addressed later but appreciate it requires much more time.

Some of the objects look for a lack of a better word muddy and some look too barren i.e. the detail is a bit inconsistent.

I think in the vaporwave level there could be a little more contrast between the chequered background that's a wall and just the background. It changes color but can fade into one of the same-ish so can get a little confusing.

Overall though, it fits the aesthetic albeit with a few issues.

These are all on point. I can't fault them at all. They compliment the graphics, the gameplay and the lore. Nothing to critique here.

Took me a little while to get used to this but once I got the hang of it and played around a few times on the levels I got to feel the differences between the weapons and their advantages and disadvantages against enemies. Controls are tight for this type of game, no hiccups there. The twin stick mechanic was tricky to get used to for me personally because when I play I always drift up on the right stick. Maybe in time when we get deadzone control this won't be an issue.

Enemy variety is good, the designs I think mostly suit the level they are in pretty well and their attack patterns are straightforward to figure out but when combined together offer a significant challenge.

Level design is good but there are a few readability issues that i experienced personally whereby the same object was used in the background as the foreground but there wasn't a significant enough change in color/saturation for me to tell the difference. Mainly the pillars in the vaporwave level. Aside from that, I think the levels are planned well, I can see that it's not easy with the continuous camera view to get that feeling right so good job.

Powerups are interesting. I like that you can get them and I like the differences between the levels. The only thing I dislike about it is that you lose all of them when you get hit. At one point I was playing excellently and had both the laser and boomerang at max with the drop bomb at level 2. I got hit and lost everything. This was a little frustrating. Maybe you could only lose 1 powerup? perhaps the least levelled or something like that.

Lucid mode is sick and actually took me a while to activate for the first time. Love it.

Checkpoints. I feel like a checkpoint is needed after the sub-boss but at the same time, it would detract from the difficulty of the level. This is a tricky one, on one hand the difficulty is right and playing the level again allows you to get better, on the other hand I have to replay the whole level again if I die at the end, the boss on vaporwave was challenging. Take this with a pinch of salt for sure.

Difficulty as mentioned above is good, challenging but fair and you do  get better the more you play which is nice.

The level of polish for the game feel and aesthetic is really good. The little details added for the start screen, the continue screen counting down faster if you press a button to burai flying off camera after a level (not to mention countless others). All of this really shows a lot of love and care for crafting a great experience.

If there was one area that needs the most attention I would say the graphics, I think you could do some work here to unify them further and create a more consistent, chaotic dream world.

Coma State Eden is an unforgiving, but tighly designed, arcade-style shoot-em-up. I love this game, it has amazing visual and sound aesthetics, a strong theme, and the main character oozes with personality.

Although it may initially be intimidating, that is because the game starts you out with multiple tools and a strong challenge, which end up being great for multiple playthroughs (since there are 4 difficulties), because you don't have to snooze through easy sections every time .

If you take the time to learn this game's mechanics it becomes a super rewarding and memorable experience, I recommend this game to everyone who loves not only challenging games but also games as an experience, because this one really does stick in your mind.

Amazing game with a retro feel and wonderful soundtrack!

This game was surprisingly addicting! I really enjoyed it!

Awesome work - looking forward to seeing it come together!

This is absolutely amazing. 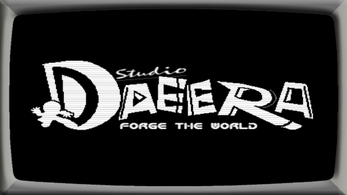